The Madrigal Singers have a long and proud tradition of performing Renaissance music in all languages with a focus on secular literature.  This group of 14 to 16 tours widely and has been heard on such prestigious stages as Carnegie Recital Hall in New York City and Tyrone Guthrie Theatre in Minneapolis. Founded by Dr. Robert L. Larsen, the ensemble has earned plaudits from critics throughout the United States and Europe. They enjoy a focus on outreach, performing and workshopping with high school madrigal ensembles annually. This ensemble has recently performed in Europe during May term, including trips to Italy, France, Germany, Austria, Great Britain, Scandinavia, Russia, Spain, Scotland and England.

The Simpson College Madrigal Dinners, among the first in the country, are well known throughout the Midwest for their ambiance and sumptuous musical fare. Emphasis is placed on students’ individual vocal skills and the ability to utilize those skills in a small ensemble. The Madrigal Singers is open to all Simpson students by audition. 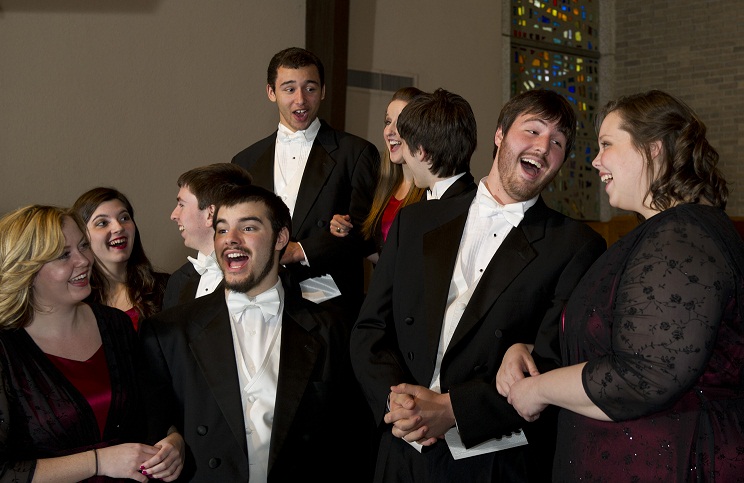