[This project] really shows what we can achieve when Simpson faculty and students come together with the Indianola community.

A Simpson College student and professor have collaborated with West Hill Brewing Company to create a unique new beer brewed from butterflies. 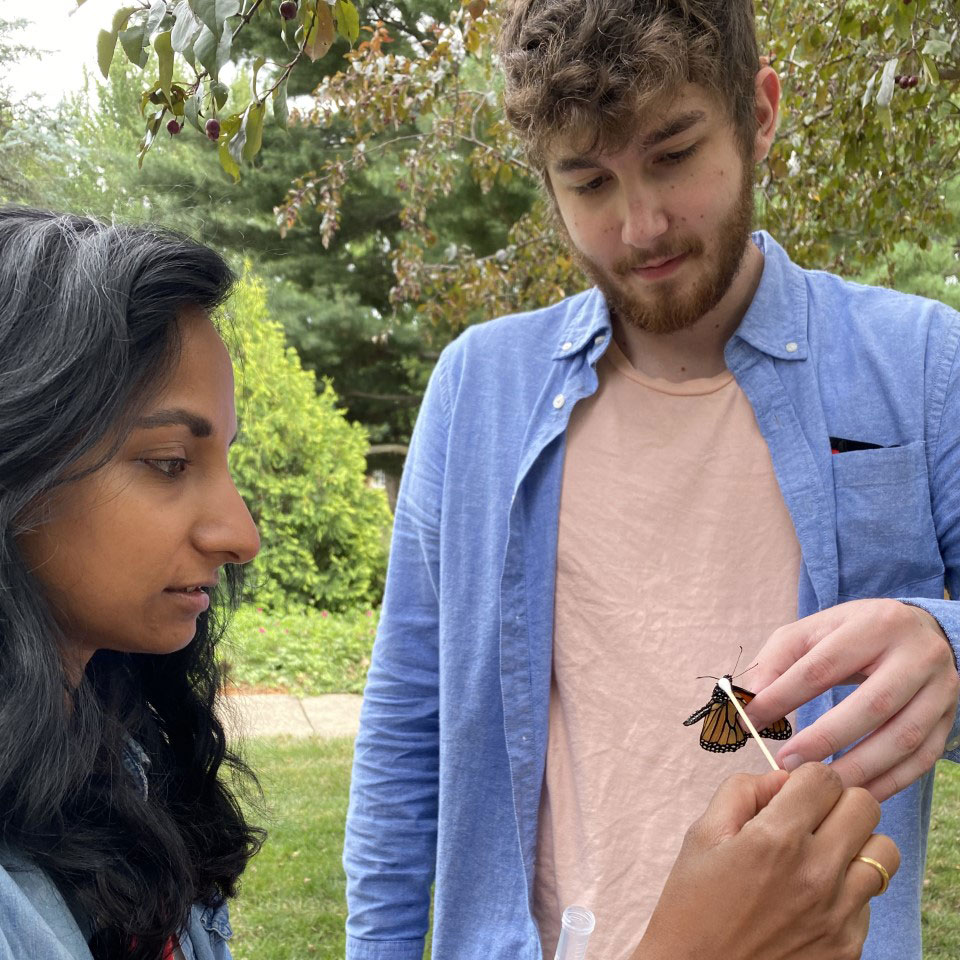 In all, the team netted and swabbed the legs and mouth areas of seven butterfly species before releasing them back to the wild. The swabs yielded 22 starter cultures which led to the creation of more than 160 culture plates. Madden eventually isolated a pure colony of brewer’s yeast that defined the new beer.

“It’s been exciting to use my interests in biological research in a way that resonates with the community,” said Madden, a senior biology major from Creston, Iowa.

The wild yeast contributes slight esters of banana and an added dryness on the palate, according to Doug Gaumer, head brewer and owner of West Hill. The 2005 Simpson graduate came up with the idea for the butterfly beer during the COVID-19 shutdown. He and his staff brought the idea to Subramanian and the assistant professor of biology embraced the challenge.

“This project was a lot of fun – a perfect blend of art and science,” Subramanian said. “It really shows what we can achieve when Simpson faculty and students come together with the Indianola community.”

“We wanted to find a way to support outdoor areas and wildlife in the state,” said Gaumer, who owns and operates the brewery with his wife and fellow 2005 Simpson graduate, Heather Norris Gaumer.

The butterfly beer will be available for purchase in the taproom of West Hill Brewing Company at 219 West Salem Ave. in Indianola starting in mid-December. Special limited-edition cans will also be available.

About Simpson College
Simpson College is a private, liberal arts college located in Iowa with campuses in Indianola, West Des Moines and online. Founded in 1860, the college has 1,078 undergraduate and graduate students. Simpson offers 75 majors, minors and programs in addition to three graduate programs. Outside of the classroom, Simpson is a member of the NCAA Division III American Rivers Conference, hosts eight Greek houses on campus and sponsors many extracurricular options for student involvement.