The Center now seeks nominations for the outstanding master’s thesis in Iowa history for 2020.  Selection will be based on contribution to the knowledge of Iowa history; originality of the subject matter or methodology; use of sources; and written expression.  Nominees must have completed their master’s degree between July 1, 2019, and June 30, 2020.

The winner will be announced in the fall of 2020 and will receive a $1,000 cash prize and an award plaque.  Three copies of the thesis and a brief letter of nomination from the thesis advisor, which must include contact information for the nominee, should be submitted to Bill Friedricks, Director, Iowa History Center, Simpson College, 701 North C Street, Indianola, IA 50125.  Application deadline is June 30, 2020. 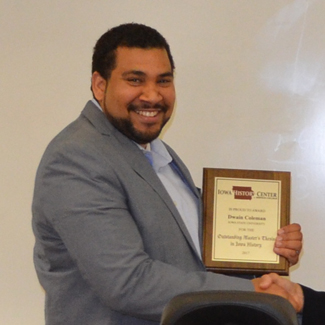 The IHC 2017 Master’s Award winner was Dwain Coleman for his thesis "Still in the Fight: The Struggle for Community in the Upper Midwest for African American Civil War Veterans". The thesis was completed at Iowa State University and examines African American Civil War veterans who settled in Newton, Iowa. “Dwain’s work sheds light on an understudied and underappreciated aspect of Iowa’s history. We are pleased to give this research some of the attention it deserves,” said Daryl Sasser, assistant director of the Center. Coleman is currently a Ph.D. student in the history department at the University of Iowa. His research explores the creation of post-emancipation African American communities in the Midwest. You can read Dwain's thesis here. 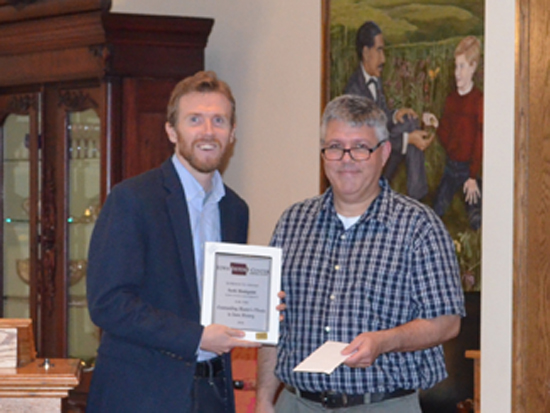 Seth Hedquist was the 2016 recipient of the Iowa History Center’s annual award for the Outstanding Master’s Thesis in Iowa History. Hedquist received his MA in history from Iowa State University in the winter of 2015 and was recognized for his thesis, “The chronicles of agrimusic.” You can read Hedquist's thesis here. 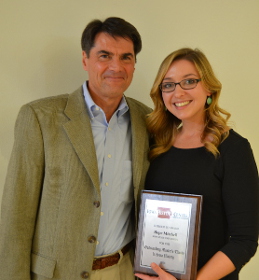 Ankeny native Hope Mitchell was the 2014 recipient of the Iowa History Center’s annual award for the Outstanding Master’s Thesis in Iowa History. Mitchell received her MA in history from Iowa State University in the spring of 2014 and was recognized for her thesis, “Sacrificing our Daughters: Changing Perceptions of Prostitution in Iowa, 1880-1915.” You can read Hope's thesis here. 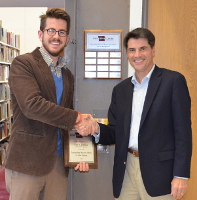 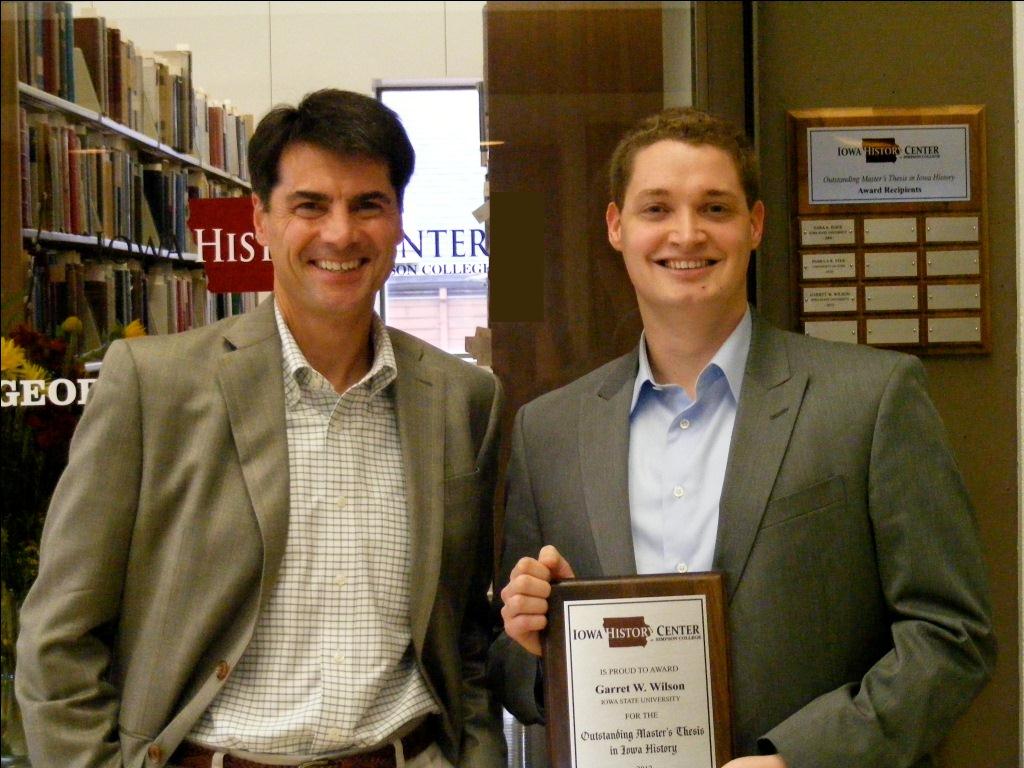 Garret Wilson received the 2012 IHC prize for his thesis, “The Collapse of the Iowa Democratic Party: Iowa and the Lecompton Constitution.” Wilson reexamines the collapse of the Iowa Democratic Party, and challenges the view that its general demise was connected to the effects of Kansas-Nebraska Act. Instead, Wilson focuses specifically on the Lecompton Constitution, which he argues led to divisions within the party. This allowed Republicans to take political control of the state by the end of the 1850s. 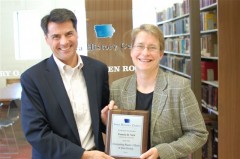 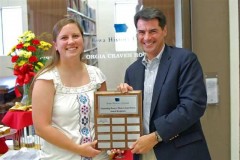