The Iowa Constitution: An Enduring Testament to Equality 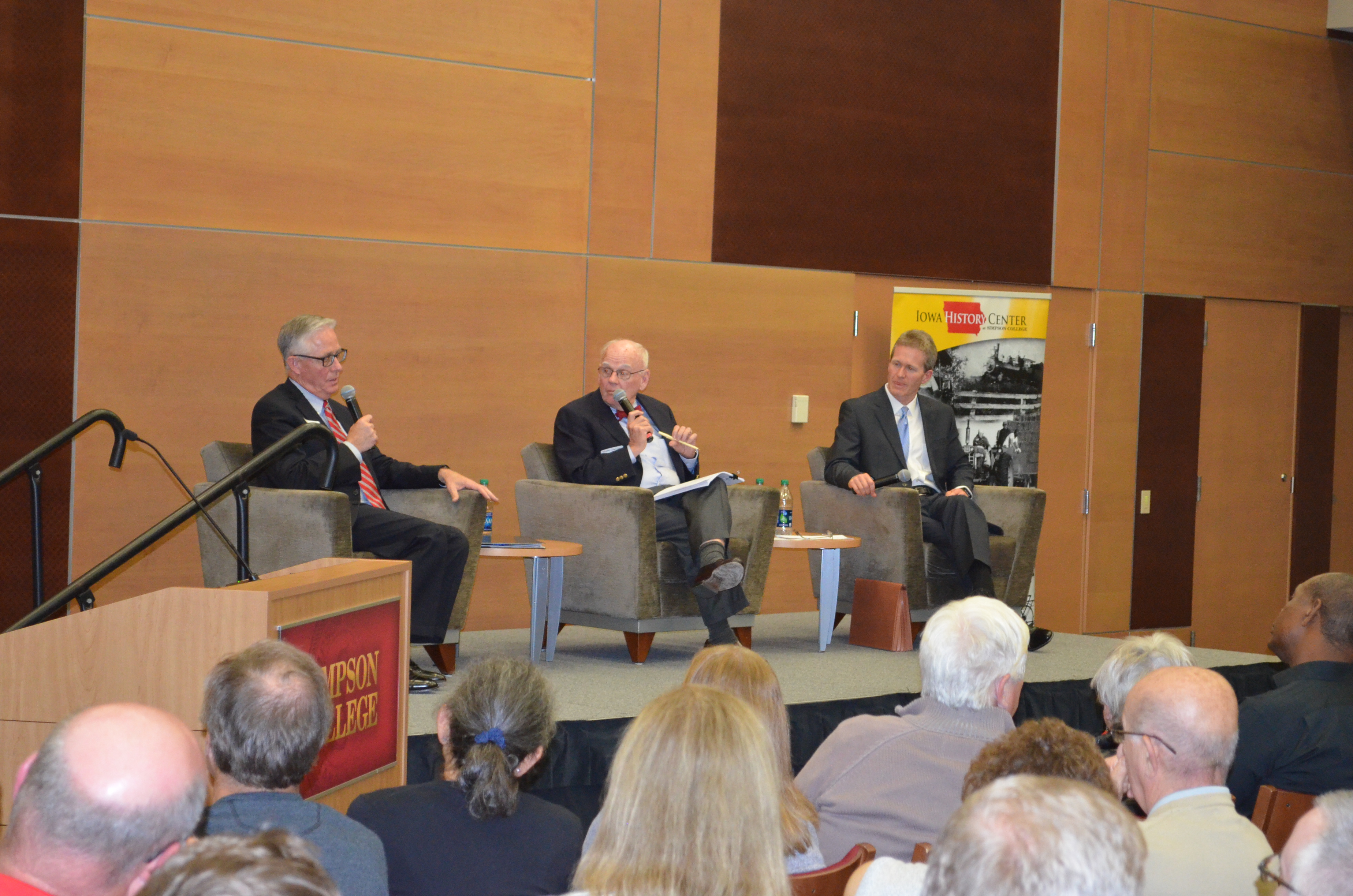 Highlighted were several decisions that put Iowa ahead of its time when compared to other states. They spoke on the 1868 Clark v. Board of Directors case, which desegregated Iowa schools before any other state did so and 86 years before the U.S. Supreme Court followed suit. They also described an 1869 decision that allowed Arabella Mansfield to become the first woman lawyer in the nation here in Iowa. These decisions, as well as more recent ones, such as Varnum v. Brien, which legalized same-sex marriage in 2009, were also examined. 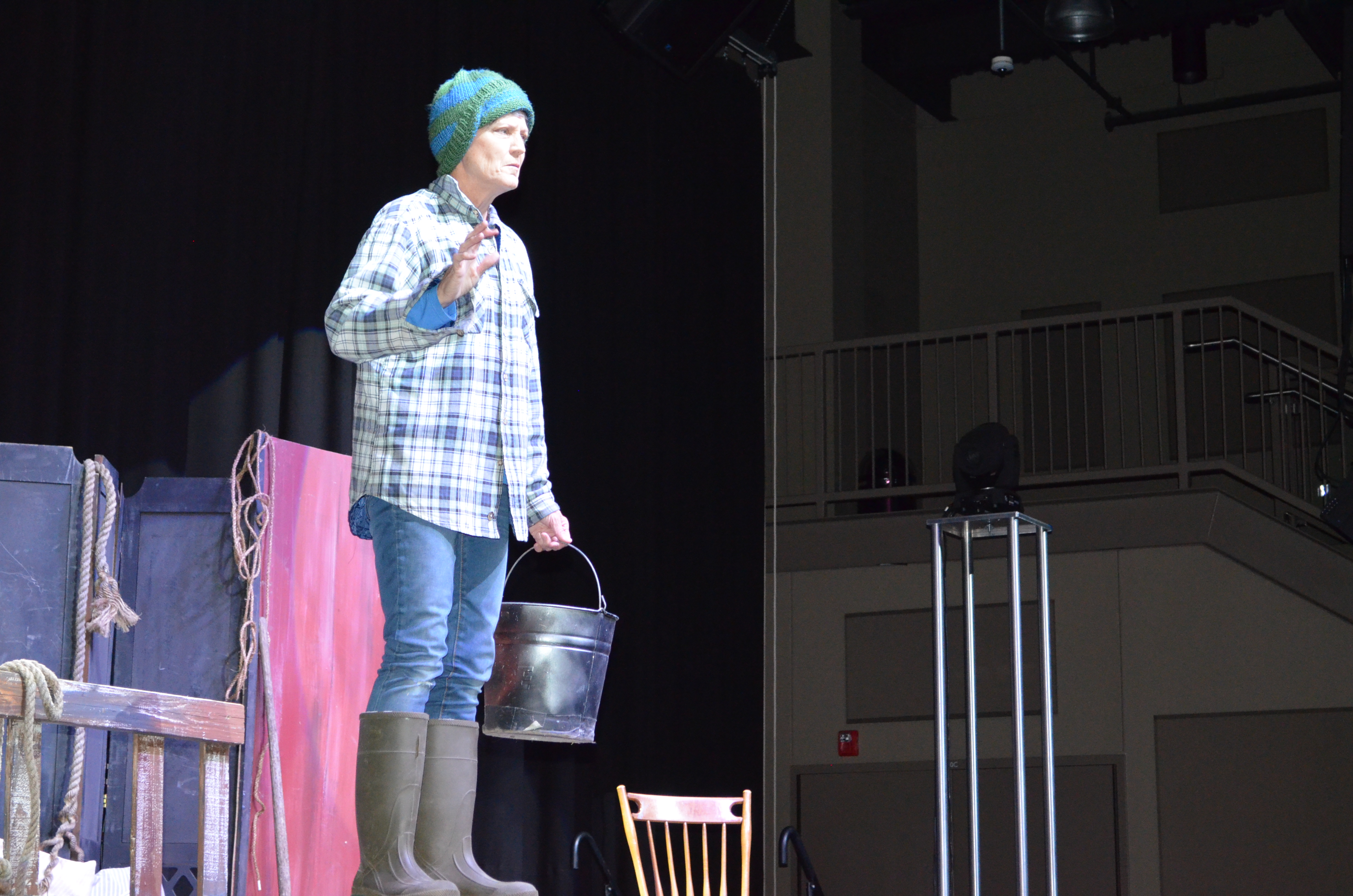 Our Speaker Series welcomed Janet Schlapkohl in her one-woman play, "Chore Boots," on Tuesday, October 23. The autobiographical piece examines growing up in the rural Midwest in the 1960s and 1970s and covers key moments of the period including the Vietnam War, the women's rights movement, and later the farm crisis of the 1980s. It was a wonderful event that many attendees who grew up on farms said they could relate to.

From Simpson to Saigon 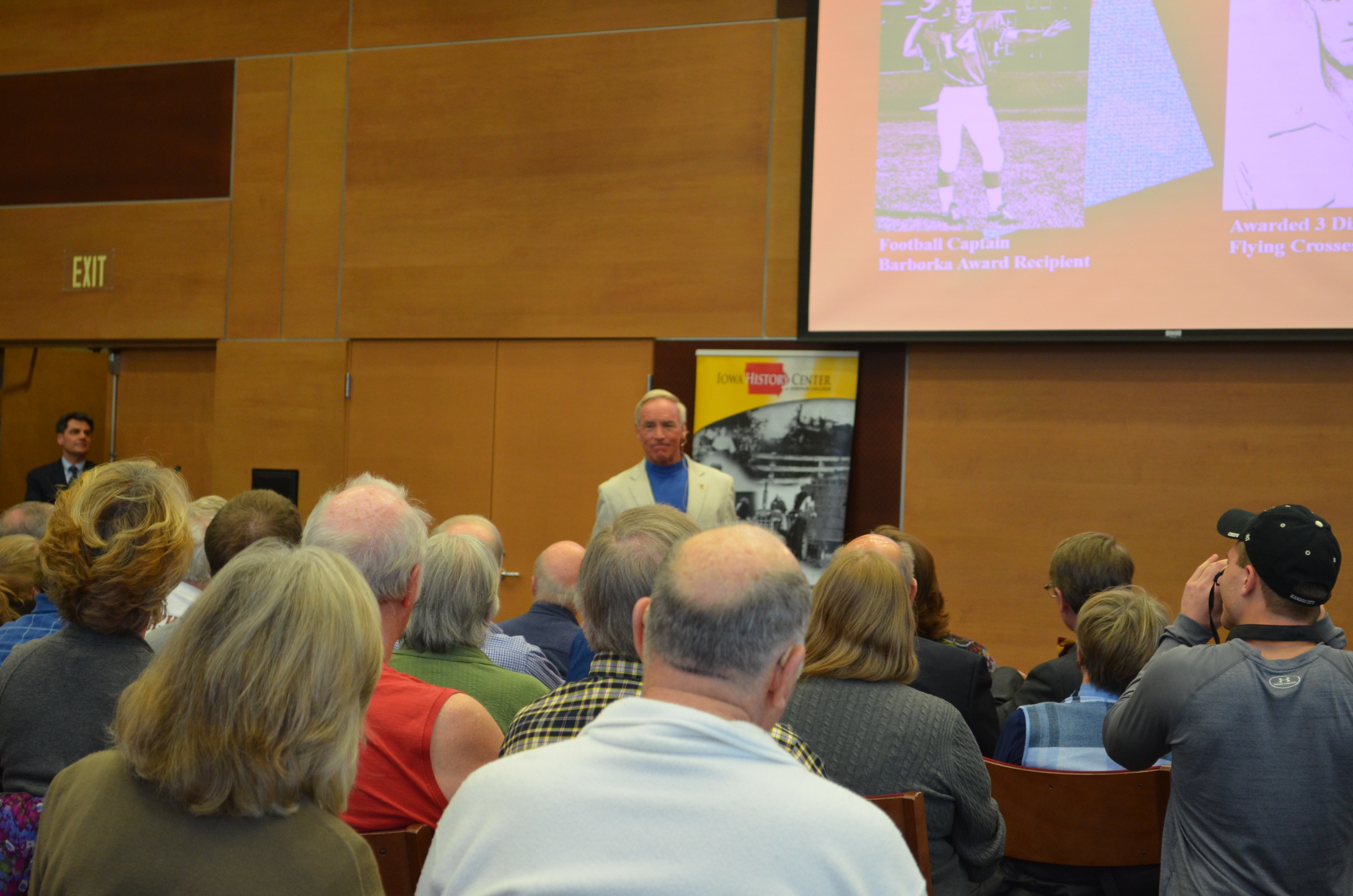 On March 20th, 2019 our Speaker Series welcomed Gerry Berry and one of the biggest crowds the Iowa History Center has ever had for an event. Gerry began his presentation by giving a historical overview of the Vietnam War including how and why America became involved. From there, he moved on to the personal side of the story sharing how four individuals from his Simpson class of '67 all served in Vietnam. Gerry then shared how he was the last helicopter pilot running evacuations from the US embassy in South Vietnam as the North Vietnamese closed in on the city. For 10 hours he flew in and out evacuating friendly individuals in the South culminating in the evacuation of the US ambassador and any remaining marines. It was a mere hours later that the North Vietnamese took the city. Thank you to all who came and especially Gerry for his service to the country and coming to share his story. 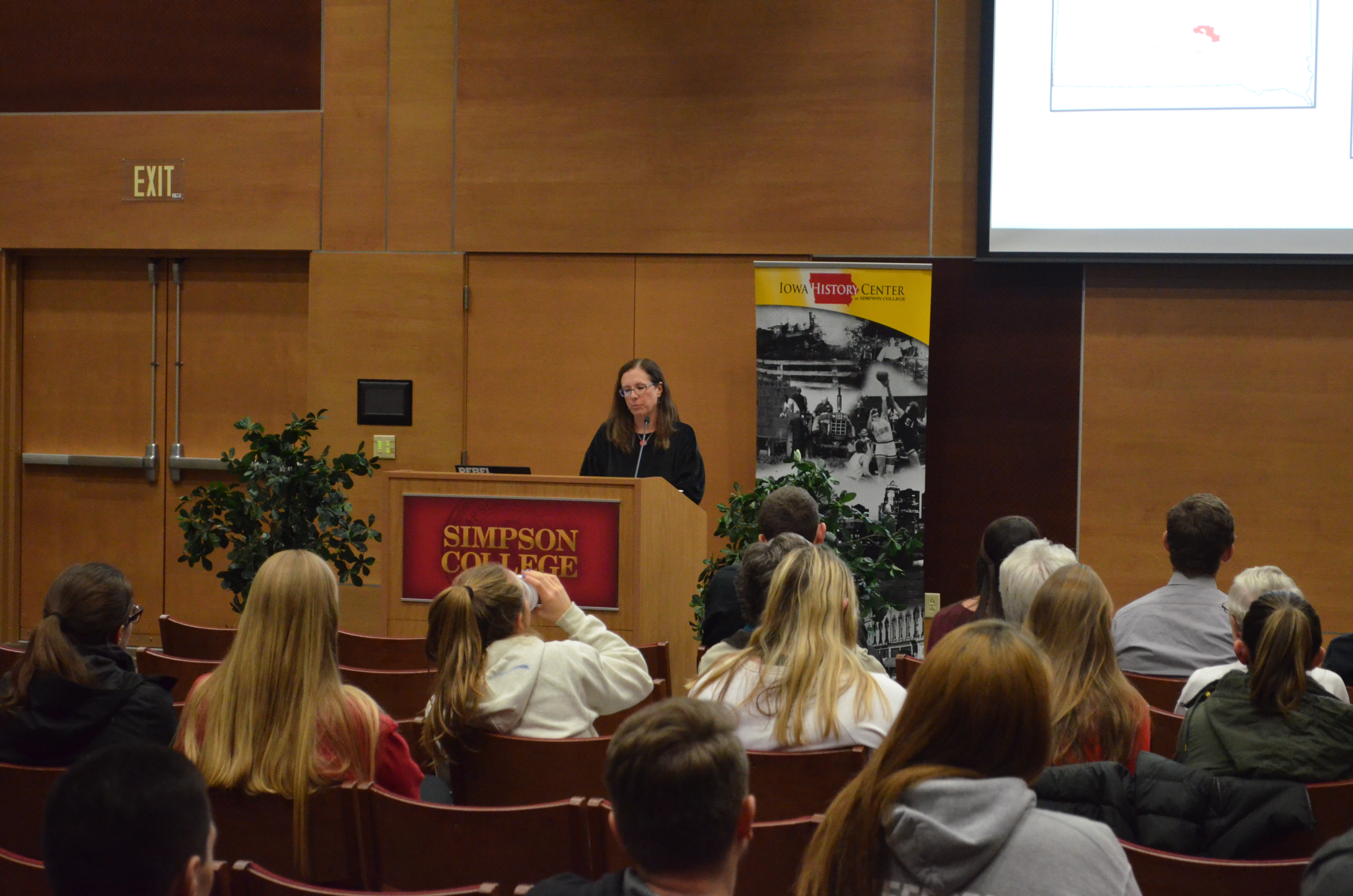 For the Fall of 2019, our speaker series welcomed Linda Clemmons, professor of History at Illinois State University, to discuss her latest book on the US-Dakota War, with a focus on a POW camp in Davenport, Iowa. This camp housed all ages of prisoners with some as young as 15 and one as old as 78. In Iowa, these prisoners were marked as savages by local media and other citizens. Within the camp, these prisoners faced high death rates, insufficient rations, had no physicians present and an estimated 40% of prisoners died of maltreatment. As time went on, people from the surrounding area grew more curious and soon they were buying trinkets from the prisoners and hiring Indians to "dance Indian dances." As a result of both the trinket sales and the hirings to dance, the prisoners were able to make a decent amount of money, but the camp conditions remained horrid. After four years at this camp, the prisoners were relocated to a reservation in Northeast, Nebraska marking the end of the POW camp in Davenport, Iowa. The Iowa History Center thanks Linda Clemmons for coming out and speaking on this topic.

Radical Women Go Back to Your Homes: The Fight for Woman Suffrage in Iowa and the Midwest

For the spring of 2020, our Speaker Series welcomed Sara Egge in her discussion of the women's suffrage movement in the Midwest. The Women in America Lecture took place in conjunction with the Women and Gender Studies program to celebrate Women's History Month. Egge began her lecture by exploring the two main groups that lived in the Midwest after the end of the Civil War up to the beginning of World War One. She focused on the Yankees, who were families of Civil War soldiers and a large number of immigrants settling from northern and eastern Europe. From there, Egge discussed the distrust the Yankees held for the immigrant enclaves and the role of nativism in the discussion of who should and should not vote. Midwestern suffragettes used nativism to push for white women's voting powers on the eve of World War One. Even with the measures taken by the suffragettes, the 1916 Amendment for women's votes did not pass. When finishing her lecture, Egge explained that this was not a story of only women and the power to vote, but also one of civil responsibility and nativism. Thank you to everyone that came to listen and to Sara Egge for coming to speak.