In 2003, Simpson College set out to improve multiple buildings on its campus. The college decided a new student center would benefit the campus and its students greatly. Nearly a decade later, Kent Campus Center opened in October 2012, replacing the Brenton Student Center. The Brenton Student Center, named after Mr. and Mrs. W. Harold Brenton, served as the center for a variety of student activities after its opening in February of 1968. The Kent Campus Center is named after James H. Kent, who along with contributions from his family donated $4 million towards a new student center. After its opening, the Kent Campus Center became instantly popular.

The first-floor features multiple resources for students. Differing from Pfeiffer Dining Hall, Kent offers different food options for students. Restaurants such as Sub Station, Millie’s Coffee Shop, Red Mango, and Tyler’s Grille occupy the northern portion of the building. The Principal Black Box Theatre hosts an assortment of events and receptions. Whether it is a comedian, wedding reception, or speaker, the Black Box Theatre has plenty of space for any occasion. In between the restaurants and Black Box Theatre are tables and lounge chairs for students to study or relax in. Conference rooms are also available for student’s use. A unique aspect of the building is its hallway connecting to the Cowles Fieldhouse. When SVPA Architects began to build Kent Campus Center, they connected the new building to the existing gym. As a result, students are able to spend the majority of their walk to classes indoors, a beneficial aspect during the winter. Also featured on the first floor is the security office, the mailroom, and the Storm Cellar, Simpson’s bookstore.

The second floor is home to a multitude of offices for student services. Kent’s second floor houses student development, residence life, career development, and community engagement and services, to counseling services, health services, student activities, and intramurals, orientation and first-year experience, multicultural and international affairs, and international education. The second-floor of Kent thus provides numerous opportunities and services for the students. Notably, the second floor is the home for the Student Government Association for Simpson College. In addition, the second-floor features Hubbell Hall, a large reception room utilized for hosting a mixture of lectures, including Iowa History Center lectures. Hubbell Hall hosts the campus-wide favorite BINGO and a multitude of fairs and lectures put on by Simpson College. 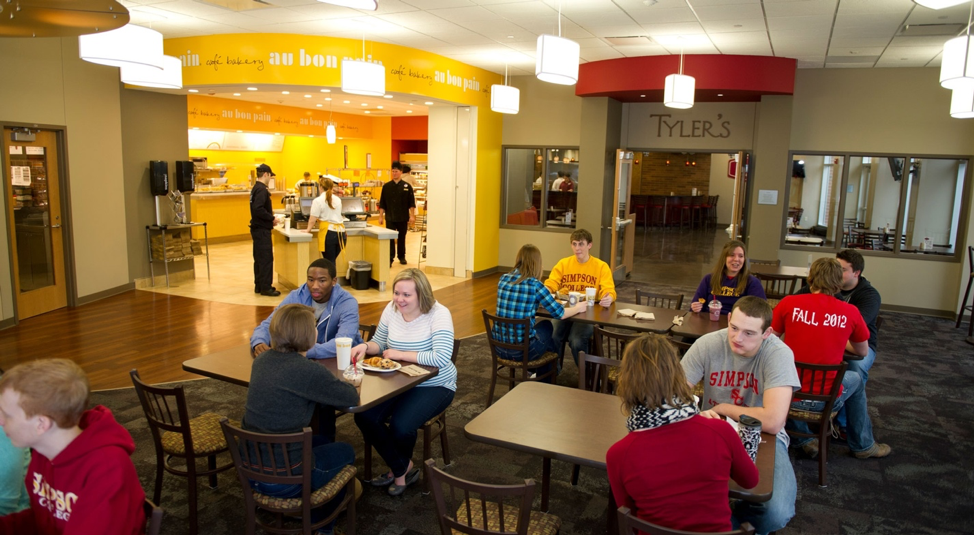