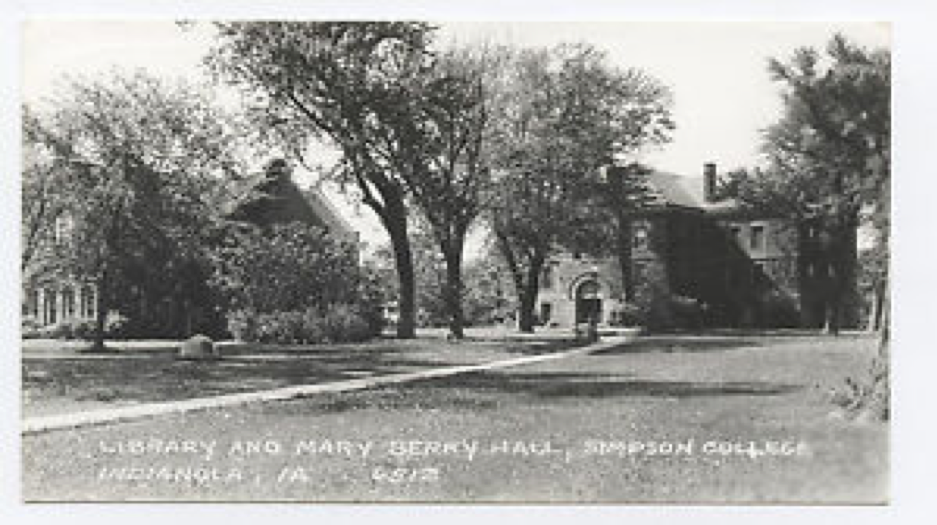 Mary Berry Hall, previously known as Ladies Hall, was opened in 1891. At that time, Ladies Hall was the first residence hall on Simpson Campus featuring a dining hall and rooms for 64 female Simpson students and one matron. A decade prior to the opening of Ladies Hall, the president of Simpson was Thomas S. Berry who served from 1878-1880 before dying in office from a hereditary disease. During his service, President Berry is credited with saving Simpson College from financial difficulties. As the enrollment dwindled, President Berry was able to raise the necessary amount of money to preserve Simpson and its future. At the time of his death, his daughter Mary was only three years old. Shortly after, Mary’s mother also died leaving her to live with her aunt and uncle. Despite these setbacks, Mary grew up and attended Simpson College. While at Simpson, Mary was a member of TriDelta and was well liked by her classmates. In January 1902, Mary suddenly passed away due to complications after a surgery for appendicitis. After her death, the campus was in grief due to the loss of such a prosperous and respected student. Mary would leave half of her estate to Simpson College towards the purchase of scientific equipment. Her donation, along with some contribution from her sister, came to a total of $3,622.12 in 1902 which translates to $105,760.36 in 2019 dollars. While Ladies Hall was being renovated during 1908, the decision was made to rename the residence hall after the former student. 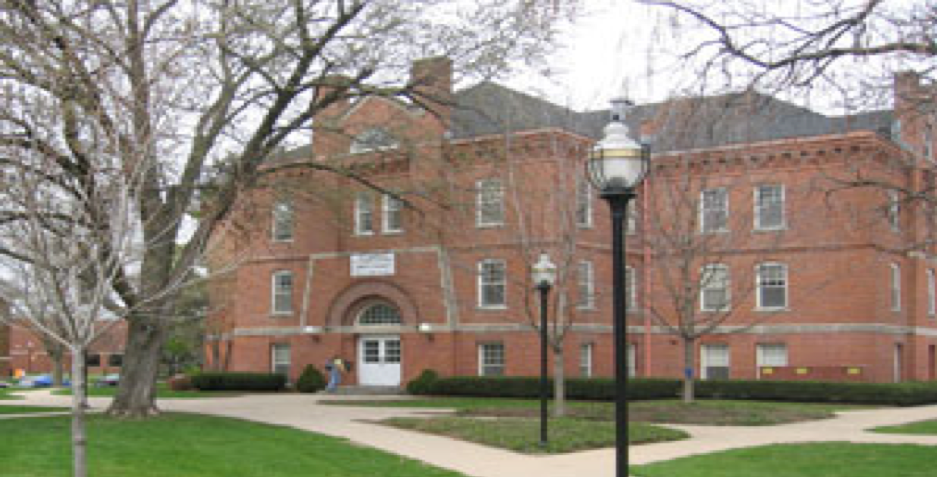 Mary Berry Hall served as the dormitory for female students for nearly 75 years before female housing was moved to Kresge Residential Hall in 1967. Since then, Mary Berry Hall has been the residence for the English, History, Philosophy, Political Science, Psychology, Religion and World Language Departments. As a result, a variety of courses are conducted on the first two floors of the building. The three floors of Mary Berry also feature a variety of offices for professors of the previously listed departments. Each department is divided into a separate wing in Mary Berry making it easier for professors to collaborate.

In addition to the offices and classrooms, Mary Berry Hall is home to a number of programs. The Farnham Art Gallery resides on the third floor. The Farnham Art Gallery displays a variety of work, ranging from art of Simpson students to travelling exhibits. The first floor of Mary Berry Hall is the home of the Iowa History Center. The Iowa History Center is a program centered on the understanding and promotion of the history of Iowa. This program extends beyond Simpson and provides opportunities for students and the general public state wide.